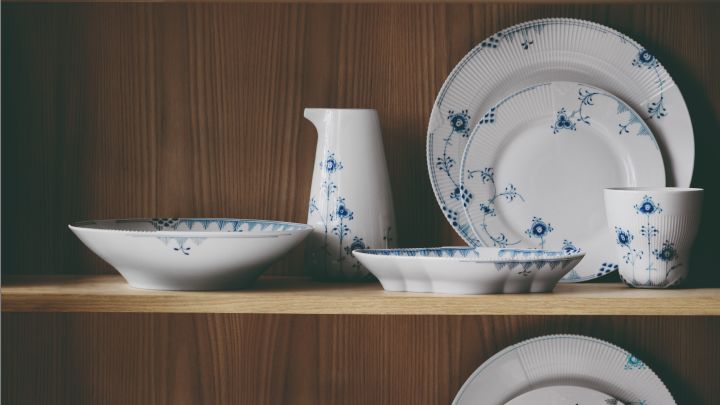 With over 240 years of history, Royal Copenhagen is famous for its exclusive porcelain, genuine craftsmanship and hand-painted embellishments. The Royal porcelain consists of plates, mugs and other china tableware in famous designs such as Blue Elements, Fluted Contrast and Star Fluted among many others. Collectibles from Royal Copenhagen are one of Denmark's most famous exports with vases, figurines and annual Christmas plates and Easter Eggs a regular highlight of the calendar.
0 results sorted by
Popularity

To the naked eye, all painting on the porcelain looks the same. However, each and every single painter has their own painting style and can easily tell apart their work from others. All painters sign the pieces with the signature Royal Copenhagen mark of three waves. The three blue waves symbolize Denmark’s three most important bodies of water and are a testimonial to the authenticity, craftsmanship and fine design of the art of Danish porcelain production.